The Society shall be known as the Marple Local History Society, herein after referred to as the society.

(a) The society aims to develop and foster an interest in and appreciation of the history of Marple and the surrounding area. The society is to achieve these aims by means of: 2. The publication of historical studies
3. The holding of exhibitions, seminars and other related activities.

(b) In furtherance of these objects the society may obtain, collect and receive money and funds by way of donations, contributions,affiliations,
subscriptions, legacies, grants and any other lawful method and affiliate to or accept affiliation from any body having similar objects to those of the society.

Membership of the Society shall be open to all persons upon payment of the subscription for the current year. Subscriptions will be valid for the year from September to August 31st and will be payable at the beginning of that year. Any person under the age of eighteen may become a member at a reduced rate. The committee shall have the power of recommending persons for the election as Honorary Members.

The amount of subscription payable will be reviewed each year at the Annual General Meeting.

(a) The society shall have the power at an annual general meeting to elect (either from the membership of the society or otherwise) an Honorary President, Honorary Vice-President, Honorary Secretary, Honorary Auditor and not more than three Honorary Life Members who shall enjoy the privileges of membership but shall not be required to pay an annual subscription.
(b) A committee of ten members shall be elected at the Annual General Meeting. In the event of the number of nominations exceeding ten elections shall be determined by secret ballot.
(c) All officers and members of the Committee shall retire annually but be eligible for re-election. In the interests of continuity it is desirable that the Chairman should hold office for a period of at least three years.

The Order of Business at the Annual General Meeting of the Society shall be as follows: (a) Approval of the minutes of the previous Annual General Meeting.
(b) Chairman’s Report.
(c) Secretary’s Report.
(d) Presentation of the Accounts by the Treasurer.
(e) Auditor’s Report.
(f) Election of Officer.
(g) Election of Committee.
(h) Election of Auditor(s)
(i) To consider and decide upon any resolution submitted to the meeting.

A quorum shall be twelve voting members of the Society.

A Special or Extraordinary General Meeting of the Society shall be called at the request of the committee or on requisition of at least six members of the society. At least seven days’ notice shall be sent to every member prior to the date of such meetings specifying the nature of the business to be discussed.

The Financial Year of the Society shall end on the last day of March each year. The income and property of the society shall be applied solely towards the promotion of the objects of the society as set forth in this constitution and no portion thereof shall be paid or transferred directly or indirectly in any manner by way of profit to any member of the society, save for the repayment of out-of-pocket expenses incurred on the society’s business and payment for work done on behalf of the society by way of reasonable remuneration.

The Honorary Treasurer shall cause proper books of account to be kept in respect of all sums of money received and expended by the society and its Officers and the matters in respect of which such receipts and expenditure take place. 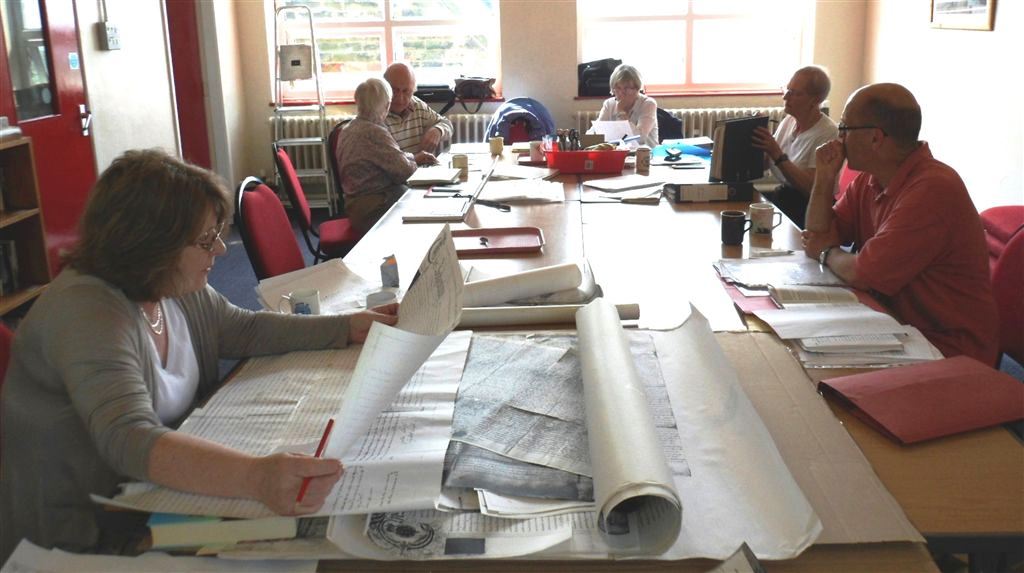 The Society may appoint and may determine the appointment of not less than three trustees to act for the purpose of holding any property belonging to the Society.

10. Alterations to the Constitution

(a) Alterations to the Constitution shall be required to receive the assent of a two-thirds majority of the members present and voting at the Annual General Meeting. A resolution for the alteration of the Constitution must be in writing and received by the Honorary Secretary by the 1st April that year.
(b) Notice that such a resolution is to be put to the Annual General Meeting shall be included in all notices of that meeting.
(c) No alteration shall be made which would cause the society to cease to be a Charity in Law.

The Society may be dissolved at an Annual or Emergency General Meeting by a resolution passed by a two-thirds majority of members present and voting at a meeting of the society of which at least twenty-eight days’ notice shall have been given to members.

Such resolution should include instruction for the disposal of any financial assets or property held by or in the name of the Society, provided that if any property remains after the satisfaction of all debts and liabilities such property shall not be paid among the members of the society but shall be given or transferred to such other institution or institutions (having objects similar to those of the Society) as the society may determine.

The Committee shall be the sole authority for the interpretation of the rules set out in this Constitution and on matters not covered by the rules.

Click here for the Society Constiution as a pdf file