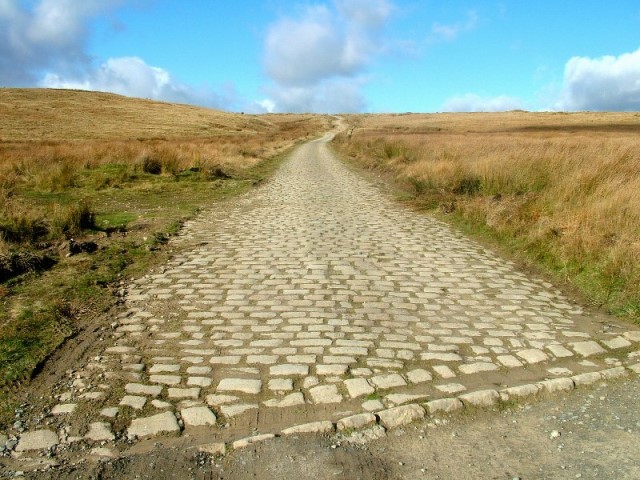 You may have watched a programme on 29th June on BBC4, called ‘Black and British: a Forgotten History’, presented by the historian David Olusoga, which focussed on the supportive relationship between the mill workers of Rochdale and enslaved Africans in the American South, and featured  ‘Cotton Famine Road’.  This was a road improvement project, running for a mile and a half across Rooley Moor, on the outskirts of Rochdale,  from Catley Lane Head Village to Ding Quarry, devised by the Poor Law Guardians to provide paid work for unemployed and impoverished cotton workers during the ‘Cotton Famine’ of 1861-65. 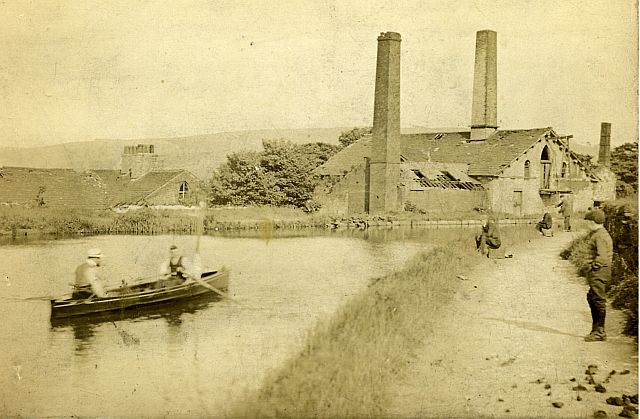 Tramway Wharf and its related industries

This walk is focused around the Marple tramway Upper Wharf, its role in the completion of the Peak Forest Canal and the associated cargoes it would have carried.

(1) The route starts with parking on Strines Road, alongside Marple recreation ground.

(2) After crossing the road, walk through the site of Oldknow’s limekilns. The interpretation board here has a good artist’s impression of how the kilns used to look as well as an interesting period plan showing the lime kilns and associated buildings in relation to Samuel Oldknow’s private basin and wharves on the upper level of the canal.
Limestone and lime was the primary reason for the construction of the Peak Forest canal. With the industrial revolution in full swing its uses in agriculture (for soil stabilisation and fertilisation) and construction (for mortars, paints and cements) were in high demand as well as its use as a high quality building stone. This canal was designed to bring primarily lime, as well as coal and gritstone, from the quarries of Derbyshire through the Bugsworth canal basin complex and onwards to Manchester. When the railways developed, transport by train became practical via an interchange at Guide Bridge near Ashton-under-Lyne.

A Happy Coincidence (under construction) 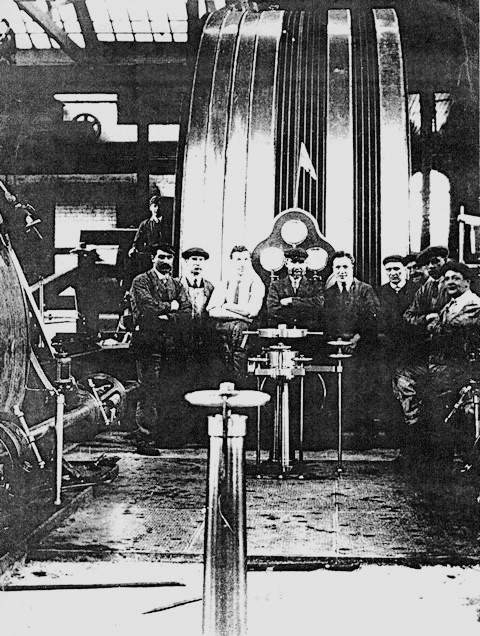 Since launching the website, enquiries from members of the public have steadily increased. In most cases, we are able to help people, whether it is about their personal family history or people and places in general. One such enquiry about a house on Longhurst Lane, Mellor, involved ‘proving’ that a kitchen extension was not a new addition, built without planning permission. This was achieved by means of a very old postcard image from Ann Hearle’s collection, probably taken in the first decade of the 20th century. 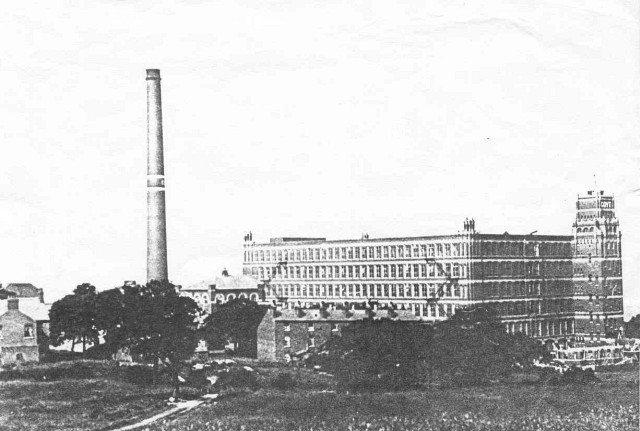 Goyt Mill at Hawk Green was the last cotton mill to be built in the Marple area, and is the only building of that kind left standing locally today. Set on rising ground on the east bank of the Macclesfield Canal just after Hibbert Lane crosses the canal on Eccles Bridge (Bridge 3), it can be seen from near and far 001 view of Goyt Mill. Once the steam engine was sufficiently developed to provide a reliable source of power for turning machinery, mills no longer had to rely on fast flowing streams to turn water wheels, and canal banks made attractive sites for cotton mills because the canal could be used to transport raw materials and finished goods, and to provide water for the boilers. This list was drawn up by Rachel Reader, Supervising Archaeologist, School of Environment and Life Sciences. Rachel gave two lectures at the Navigation Pub in Marple, in March 2017, on the methods used in Desk Base Assessment in Archaeology. The lectures formed part of the Revealing Oldknow’s Legacy Project. This list is available as a pdf here.