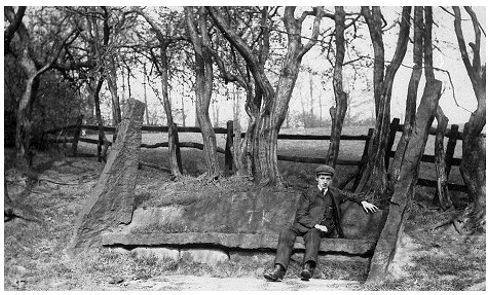 Oldknow’s Seat is locally the stuff of legend, but it’s not a myth - it does still exist. Many of us will have heard of it, it is marked on old maps and over the years lots of locals have had their photo taken sat on it. Those that were children in the fifties and sixties remember it as the ‘Giants Chair’. Though it is now not easy to locate, some recent ‘intrepid explorers’ have managed to find their way to it.

It’s located on private land with no general public access, less than a kilometre to the south east of Mellor Mill on the side of the Goyt valley just below Mellor & Townscliffe Golf Club’s most westerly hole, the 14th which is appropriately named Oldknow’s Seat.

No evidence has been found to support suggestions that the seat was originally located on the banks of the mill pond and moved to its present position in the 1800’s. There is not even firm evidence that Oldknow himself either used it or even commissioned it to be built. But it’s more than likely he did. He owned lots of land around Mellor, Marple Bridge and Marple where, in addition to his famous Mill and Lime Kilns, he was also responsible for many major construction projects - a corn mill, roads, canal, workers’ houses, bridges, a church, a public house and a market for his workers. He was even responsible for re-routing part of the River Goyt. 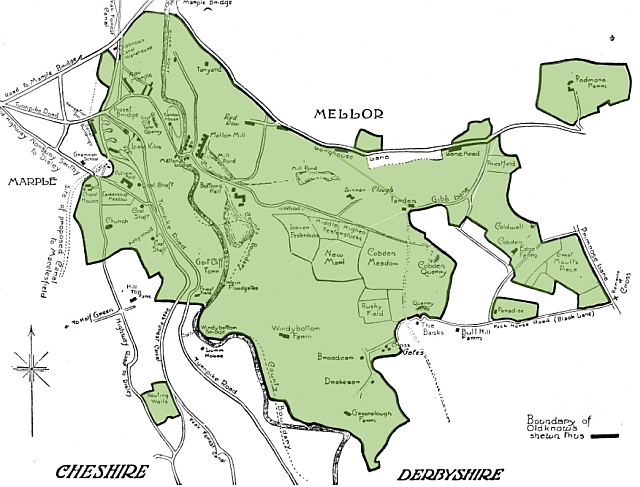 Though his seat is difficult to get to at the moment, there is still the remains of a substantial track or ro 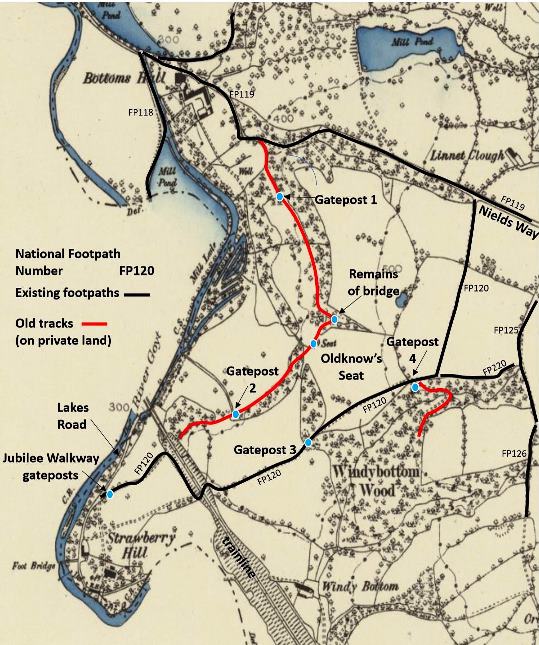 ad that leads right up to and past it.It bears right off the track from Bottoms Farm to Linnet Clough (on some maps marked as Nields Way) and it is highly likely that this would have been the route he would have travelled to get to it. Now overgrown, it was clearly once a substantial thoroughfare with much of the stone embankments, revetments and small bridges over gullies still visible if you look carefully.

The route of the track climbs gently up to the seat from Bottoms Hall and then continues along the edge of the golf course. It is now cut by the railway line to New Mills but continues on the other side of the tracks. This short stretch is now part of the footpath at the side of Strawberry Hill which leads to Lakes Road. It seems that the whole construction - both the seat and the footpath leading to it - was a statement, an enduring symbol of his achievement. At both ends of the track and along the route are tall stone gateposts, clearly made from the same stone as the seat, and all with the characteristic ‘Oldknow’ shape as used for the end pieces of his seat with a vertical back, angled front and flat top.

The seat itself is a huge stone construction, with two carved end pieces each standing almost two metres tall. The back rest is a huge single curved stone, and the seat, almost four metres long, sits on six smaller stones buried in the hillside. The right-hand end support has fairly recently toppled and broken into three smaller sections. It would have taken some considerable effort to construct but in comparison to the enormous work that had been put into building the mill, roads, water channels and redirecting the river it was probably nothing more than an old-world type of flat pack. 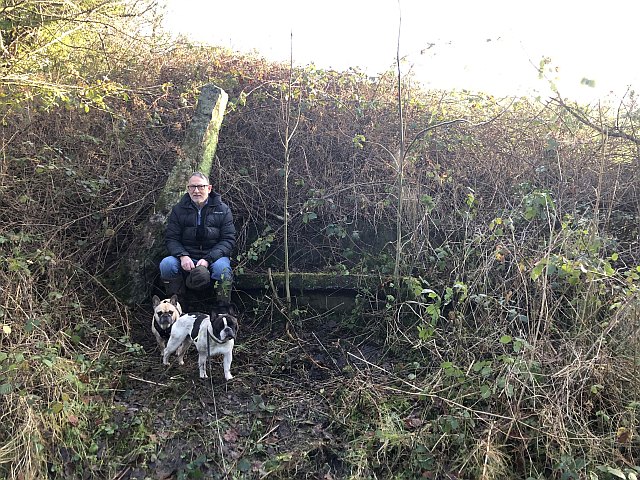 Seat in current condition (the author and friends)

The gateposts at the Lakes Road end have a modern carved gate, dated 2012 and inscribed Jubilee Walkway. There were possibly adjoining tracks as well because other identical gateposts can be found leading up through the golf club towards Cobden Edge (see Gateposts 3 & 4). 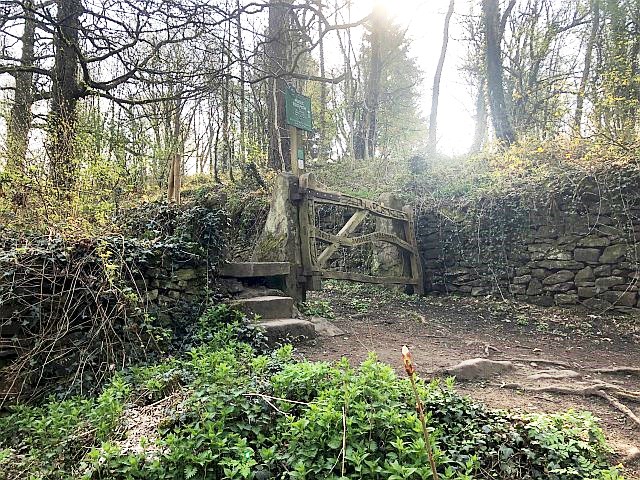 Nineteenth century local author and artist, Joel Wainwright, suggested that it was Oldknow’s favourite spot from where there was (as that time) a commanding view across the whole of his estate and beyond. He created a drawing of Oldknow sat on his seat entitled ‘There is as sweet pleasure in contemplation’ . Underneath he states

‘This Stone Chair was the favourite retreat of Oldknow in his leisure. It is charmingly situated and from it he could see his reward; his factory and home for the orphans, Mellor Lodge, the corn-mill, lime kilns, the cottages and market which he built, as well as the new main road, the canal and the Church which he contributed so much; and indeed almost the whole of the beautiful estate which, it might well be said, that he had created.’

Sadly, the view from Oldknow’s Seat is no longer so spectacular. It is covered with brambles and weeds and a forest of trees and shrubs have sprung up all around it. However, such is the interest in the seat there is hope that, with the consent of the owner of the land it sits on, it can one day be renovated and be a valuable part of Marple’s history trail.

Many thanks to the landowners for both their interest and kind permission to investigate the route to, and the seat itself.

William Oldknow from the USA, with his grandson, during a visit in 1996

Remains of the bridge

Remains of the Bridg...
Category: Our Local Heritage