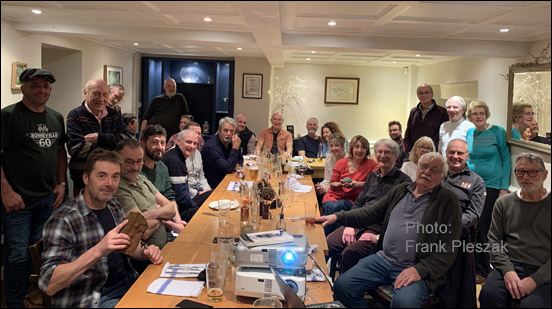 On Wednesday 10th November 2021 Frank Pleszak hosted a unique event for those interested or had experience of the colliery, with Rod Thackary as the guest of honour at the Oddfellows Pub in Mellor for an evening’s reminiscing.

As a child Rod Thackray from Moor End Mellor was enthralled by stories told by his uncle Ivan Eccles about his exploits working at coal mines around Mellor after WW1. By the time Rod was a teenager he was an accomplished artist and had developed a passion for 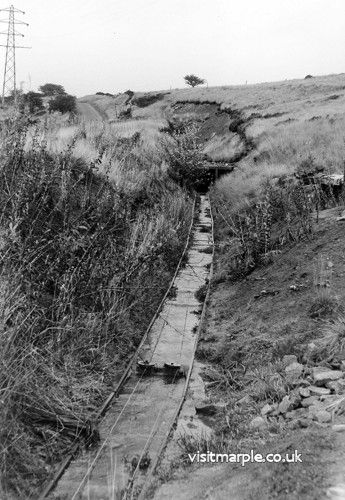 exploring old coalmine workings. He once fell down the shaft at Picky Wood Pit in Marple only to be saved from serious injury when his fall was broken by a dead cow that had previously fallen down.

Apart from his paintings and sketches (many of which were done using a series of small distinct dots known as the Pointillism technique) he also recoded interviews with local miners, also collected mining artefacts and memorabilia in which he was assisted by friends Bill Whalley, a tramway expert, and Chris Hesketh. Their extensive collection was shared, much of Rod’s artefacts eventually being donated to various mining museums and the documents and maps to Derbyshire Record Office. Bill Whalley’s part of the collection was acquired by Chris Hesketh and after his death has recently been donated to Marple Local History Society archives.

Marple and the surrounding area had lots of coal mines, some dating back as far as the early 17th century. Many were created during the industrial revolution to supply mills as they converted to steam to power their looms. Most mills and their coal mines had closed by the turn of the 20th century, and few survived past the First World War and the General Strike of 1926.

Rod though had discovered many undocumented mines some of which could be dated back to the early 17th century. By the late 1970’s Rod was helping the well-known character Alf Gee down the last colliery to the south of Manchester. 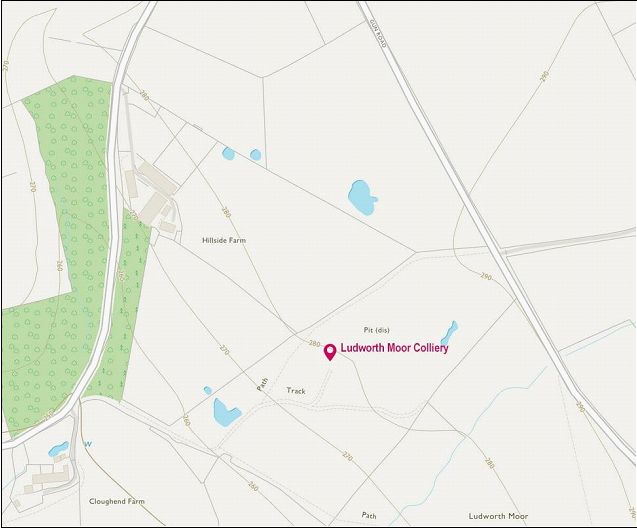 Ludworth Moor Colliery was right on the edge of Mellor. It operated continuously for almost 60 years from 1927, when a farmer from Sandhill Lane began to harvest coal from his land, until 1983 when it finally closed. It had existed in 3 counties: Derbyshire, then Cheshire but is now in Greater Manchester. A thin outcrop of what was known as the Big Smut Coal Seam was exploited by several enterprises with drift mines utilising ancient pillar and stall mining techniques. They used simple pickaxes, shovels and acetylene lamps with naked flames for lighting. The tubs (carts) of coal were manually pushed to the surface and graded into large chunks known as cobs, intermediate sizes called singles, or finer coal known as slack. Locals would wait at the mine entrance
to buy their coal which they called ‘holiday coal’ because it was considered to be so efficient, they could light a fire before they went on holiday, and it would be still burning when they got home!

It wasn’t until 1969 that the first compressor enabled the use of pneumatic picks but most of the owners failed to make any money. Alf Gee owned the colliery for almost 30 years 20 of which he worked single handed deep in the narrow and low tunnels. In the final years from 1978 to 1981 it was operated by Geoffrey du Feu with Rod as a full-time partner. Once all the underground coal that could be safely removed had been mined, they used opencast techniques with heavy machinery to move the topsoil to one side and the clay to another side before extracting the remaining coal. 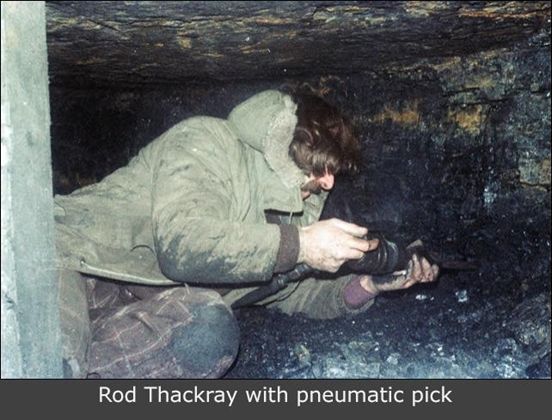 The colliery finally closed in 1983 when the shafts and drifts were covered and the opencast diggings filled in with the topsoil and clay that had been separated and the land returned to upland pasture for cattle and sheep grazing. Today, unless you know the colliery had existed there is hardly any signs of the historic industry that once operated in the area.

More on the meeting in November 2021:

Some brought coal collected from Ludworth Moor and others brought various artefacts including an original acetylene lamp that was actually used below ground at Ludworth Moor. Rod brought an example of ‘bobbers’ which are heavy solid limestone concretions that looked like bowling balls which had been formed within the coal seam by a constant stream of water.

Among the guests were some with unique experiences:

Rod also brought along a selection of paintings and sketches of his time working the colliery. It was no ordinary boring presentation: everybody’s excellent contribution, lively debate, interesting questions, anecdotes, and especially the enthusiasm made it a really special evening capturing memories that will now be remembered for a long time.