An image of the Lime Kilns from a glass negative,showing the scale of the working kilns.

[In December 2015, Norman Redhead gave a talk on the History of Oldknow's Lime Kilns, this is the report of that meeting]

There are three main elements in the project for Revealing Oldknow’s Legacy - Marple Aqueduct, Mellor Mill and the Lime Kilns. The aqueduct is well-known and has just been repaired; excavations at Mellor Mill are well under way; but what about the Lime Kilns? Do they deserve more prominence and is anything happening to make them more accessible? Who better than the County Archaeologist for Greater Manchester, Norman Redhead.

He began by explaining just what a unique asset we had in the community. It was, and still is, one of the largest complexes in the country. It was notable for its gothic architecture, a statement of confidence and grandeur as it stared across the Goyt valley towards Mellor. And, uniquely, it incorporated housing in its design from the start. It was constructed over a period of five years from 1798 to 1803 in three separate phases and ancillary buildings followed. It was well thought out as from the start the raw materials of coal and limestone were brought by two canal arms within close proximity of the kilns to allow easy loading. The lime was unloaded from the base of the kilns, fifty feet below, and was taken away at that level. At first, whilst the locks were being built, there were private sidings leading into the main tramway going down to the lower canal level but, once the locks were complete, Oldknow had an arm of the canal excavated from Lock Twelve to the works. It was at this time that Posset Bridge got its name - Samuel Oldknow was so keen to be the first user of the new flight of locks that he encouraged the navvies excavating his private canal arm with a posset of ale. It was obviously an effective encouragement as his boat “Perseverance” was the first down the completed locks. (Above: Lime loading shed where the carts loaded with burnt lime under cover.)

The kilns had a mixed commercial life. By 1802 they were producing 1200 tons per month and the lime was being shipped to the growing towns of Lancashire for building and for the new industries. About one third was used for agriculture to moderate the acidic soils and to make the earth more friable. By 1811 Oldknow leased the works as he developed other interests but he refused an offer of purchase by the Peak Forest Canal - he was only prepared to lease. After Samuel’s death ownership passed to the Arkwright family and they were managed by John Clayton &Co. who also ran Mellor Mill. Later in the century other operators took over and the works eventually closed in 1896.

Because of their national impo rtance, the Lime Kilns were named as a scheduled monument in 1964 but this did little to protect them. The owners of the site, Stockport MBC, demolished the greater part of the construction in the 1970s on safety grounds, leaving only four kilns blocked off in the centre of the site. (Left: The Lime Kilns in ruins before they were made 'safe'. Taken by Bill Beard in the 1960s.) Gone was the gothic monument with tracery windows, disappeared into someone’s garden. The council did at least landscape the site but even that has lost its impact over the years as self-seeded trees have grown unheeded. Is it too late to save this historic monument? There was a glimmer of hope when English Heritage placed it on the “At Risk Register” but all that does is flag up a problem - it doesn’t provide any money for conservation. Hopefully its participation in Oldknow’s Legacy has brought the kilns to the attention of a wider audience but it is not a solution in itself. The Canal and River Trust has its hands full with the aqueduct and the canal whilst Mellor Archaeological Society is concentrating on Mellor Mill. The best that can be hoped for is some further archaeological investigation and the preparation of a management plan. Perhaps Stockport MBC can find some funding from somewhere but, if not, we in the community must find a solution. No one else will do it. 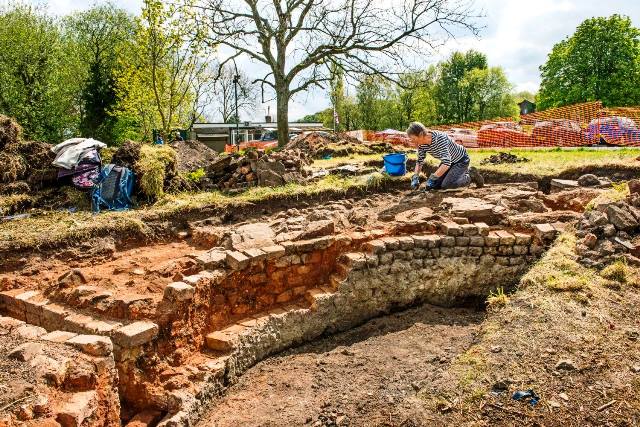 The ‘Revealing Oldknow’s Legacy’ project, which finished in 2018, included exploratory investigations of the bank of limekilns near Top Lock on the Peak Forest Canal. From this a group of interested people banded together as the Friends of the Lime Kilns (FOLK) to further the investigations and work to maintain the kilns. Their most recent endeavour has been a community arc 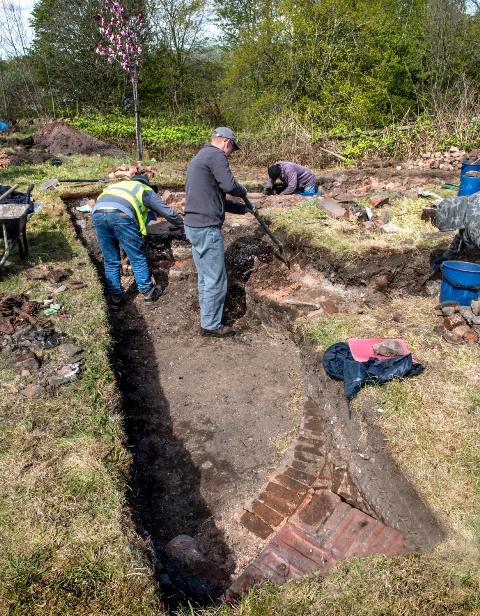 haeological dig at the top of the kilns in the Forces Club car park starting at Easter and finishing with an Open Day on 30 April.

Professionals from the Archaeology Department of Salford University provided technical expertise and organised the day to day running of the dig, while the hard work of digging was done by volunteers who turned up in good numbers (at least 22 of them) keen to find out more about the site. Funding was provided by a variety of interested organisations, including FOLK themselves, Mellor Archaeological Trust, the Macnair Trust, Marple Area Committee, and Association of Industrial Archaeologists.

Over the fortnight the tops of several of the kilns were opened, showing the method of construction and lining of handmade local bricks, in some cases vitrified due to the high heat generated during firing, but in remarkably good condition. A canal arm was found which would have allowed boats to take limestone directly to the tops of the kilns, and at one end of the site the shaft of a coal mine was uncovered.

All sorts of artefacts were found, including an axle from a tram tub bogey, and a rather bent piece of tramway rail, bottles, wall tiles, metal bolts, stone roof tiles, a metal spar from the bows of a narrow boat, and lots of bits of brick, many embossed with ‘Tymm’, the name of the people who ran the lime kilns for a substantial part of its existence. 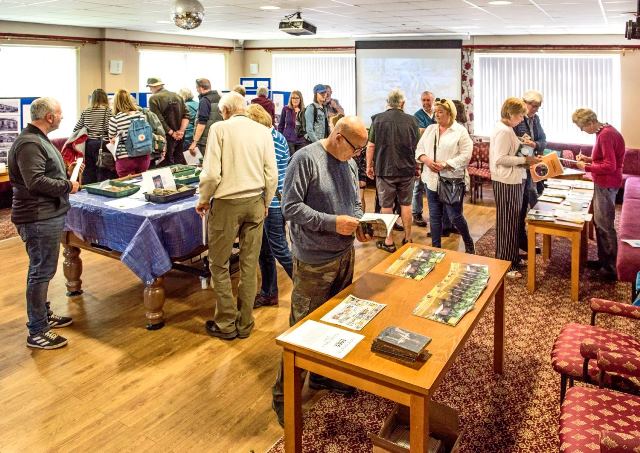 An Open day was held on Saturday 30th and attracted over 200 visitors who were taken on guided tours of the site and could look at the artefacts and pictures connected with the dig.

What will happen now? The fortnight’s work has shown that the kilns are in remarkably good condition for their age. The findings will be evaluated to derive a strategy for long term conservation of the historical and archaeological attributes.

Anyone interested in playing a part in the future of the kilns is urged to offer their services to FOLK via This email address is being protected from spambots. You need JavaScript enabled to view it.