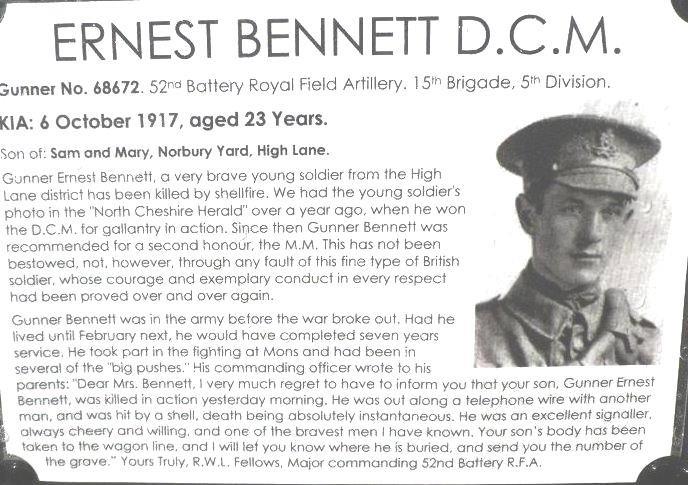 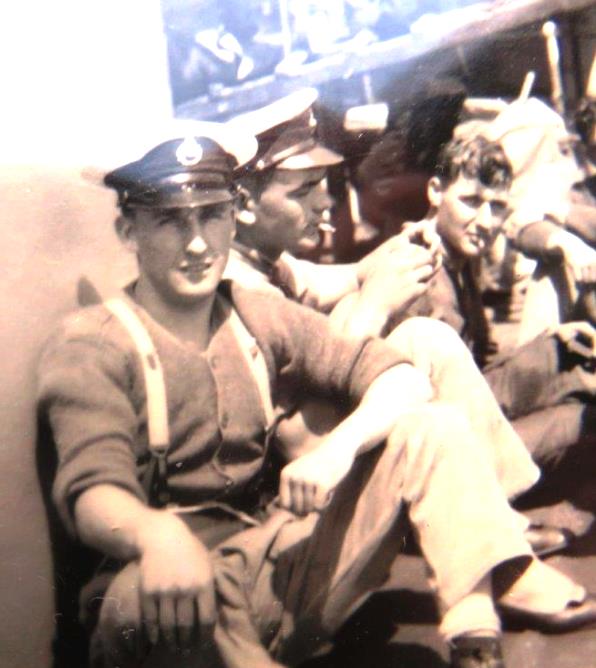 One brave young man, whose name went up this year, caught my attention. This was Ernest Bennett D.C.M., parents Sam and Mary from High Lane. Although my maiden name was Bennett the name Ernest, with parents Sam and Mary, meant nothing to me. As far as I knew there was no Ernest in my Bennett family records. However, this young man’s face reminded me so much of my father I just had to further investigate my family history. My father was Lawrence Bennett, born 1909 in High Lane (younger than Ernest), son of Albert and Emma. He joined the Royal Marines at the age of 17 and served throughout World War II.

The Bennetts in my ancestry were from Norbury and the men were coal miners for at least three generations. I therefore went back to my gt. gt. grandfather, Isaac, a coal miner who only appeared on one census, the 1841 Poynton census, as he died in 1849, possibly as a result of an earlier pit accident. At that time he and his wife Martha, had six children, the eldest being Samuel, aged 20.

My gt. grandfather, Isaac, was born in 1842 so I hadn’t researched his older siblings, the oldest, Samuel, being 20 years his senior. I found that Samuel had a son, Samuel, (the right sort of age to be the father of Ernest). I then had to hope that Samuel junior went on to have a son, Ernest. Eventually I found him in 1901 with his wife, Mary. There were five children, all with the surname Bennett but it transpired that the three older ones were step children of Samuel. He had married a Mrs Mary Bennett, her first husband having been Joseph Bennett from Marple. The two younger children were Ned and Ernest.

I found the family again in 1911 when Ernest was 16, sadly the right age to confirm the age of 23 in 1917. This then is the Ernest who, I think you will agree, from my father’s photo, looked so much like Lawrence. The outcome is that Ernest and Lawrence were second cousins. Their relationship was through Isaac Bennett, their gt grandfather, who died at the age of 47 but maybe his was the family face that survived.

Some of the Marple WWI casualties 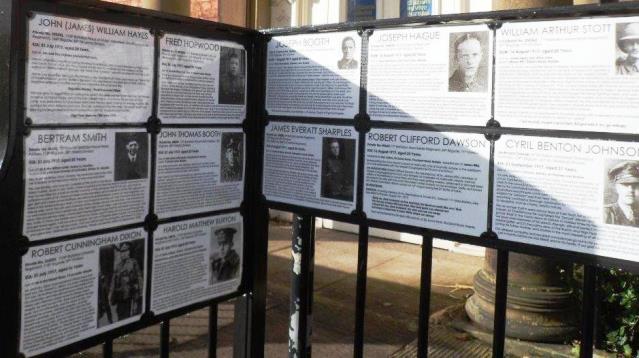