Dateline: Marple Methodist Church Marple, Monday 18th September 2018
Queues formed, money paid, forms filled, music heard, history told, tea taken doors locked, good night.
The evening in a sentence, but what lies behind those words? Yes, it was that September time again, not back to school for those 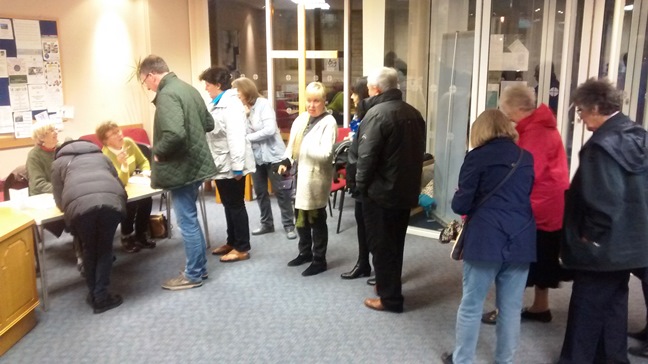 that trooped into the foyer of the church, that was long ago, but a time to pay for membership or a visit, renew or join, cheque or cash
Over ninety people sat down and faced the front. Are you sitting comfortably? Then the evening can begin. Chairman Ann Hearle welcomed members both old and new and introduced our speaker, Peter Wadsworth.

House matters finished the waiting Peter could start his talk. And when this start came, how gentle it was. Peter used music snippets throughout his talk, the first being the restful tones of the Syd Lawrence Orchestra playing Glenn Miller, recorded at Strawberry Studios. These studios had a life of twenty five years, finally succumbing to the advances in technology.

They were born in the upstairs room of the well-remembered Nield and Hardy record store in Stockport. But after being judged a fire risk to a historic building relocation was made to 3 Waterloo Road, being run and financed by Peter Tattersall, former road manager of Billy J. Kramer and the Dakotas, and Eric Stewart lead guitarist and singer of the Mindbenders. The nam 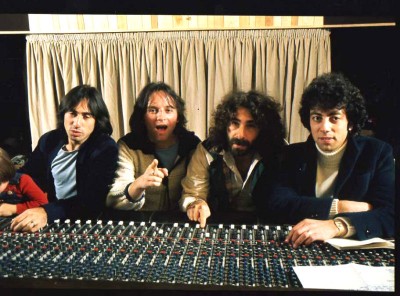 e Strawberry Studios came from Eric’s regard for the Beatles song, “Strawberry Fields Forever”, that would be a catchy advertising slogan too.

The history of the studios is entwined with that of the group 10cc. By 1970 further financial backing was secured, equipment upgraded. A sound test track, ‘Neanderthal Man’ by session musicians Eric Stewart, Kevin Godley and Lol Creme became a number two in the pop charts, they went under the pseudonym of ‘Hotlegs’. Football teams Manchester City, Leeds United and Everton among others went into the studio to ‘sing’ and be recorded. The three musicians joined now by Graham Gould would produce the tracks, and act as backing musicians, having worked so well together for other people they decided to strike out on their own. Working now as 10cc their first recording the single ‘Donna’ reached number 2 in the UK charts in 1972.

The following four years was a period of great success, establishing Strawberry Studios as a major recording studio. All four 10cc albums (and eight top-ten singles, including two number one records) were recorded in Stockport and, as the band invested their financial gains into Strawberry, it allowed the studio to progress from four to twenty-four track and to bring in the internationally-renowned acoustic designers, Westlake Audio, to design and construct a new control room.

So successful were the s 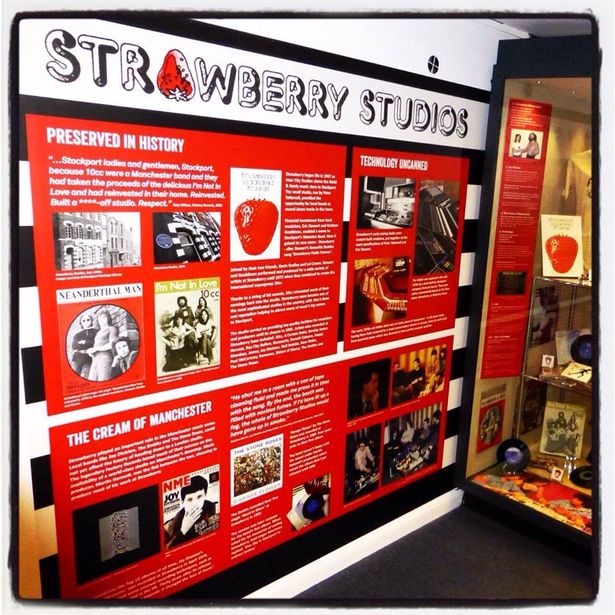 tudios that 10cc. had problems in booking time in their own studio. Strawberry South was born in Dorking, Surrey. Unfortunately by the time 10cc recorded their first album there, the group had split, Godley & Creme leaving. In the same period Strawberry North had developed a second smaller, simpler studio across the road from the original, Strawberry 2, a cheaper option.

Despite a new generation of bands, such as Joy Division, The Smiths and the Stone Roses using the facilities by 1986 the recording studio industry was in a state of flux with the advent of digital recording and the growing number of computerized instruments such as the Fairlight, the studios were finding it hard to keep up with the rapid changes. In March 1986 it was purchased by rival concern Yellow 2. But still the studio continued to struggle to be financially viable; by 1993 the doors of Strawberry Studios had finally closed, ending its association with the town.

An excellent opening talk for the 2017/18 Season and if you are interested in finding out more, I recommend that you visit the Strawberry Studios: I’m in Love Exhibition at Stockport Museum. The exhibition will run until 29th January 2018. The Museum is open Tuesday-Saturday 10am-5pm and Sunday 11am-5pm. Entry to the exhibition and museim is free.
Stockport Museum is located at 30 Market Place, Stockport, SK1 1ES.

Strawberry Studios: I Am In Love - Stockport