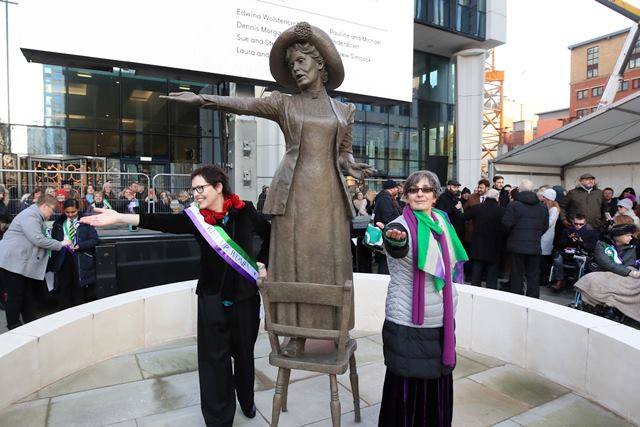 Helen Pankhurst, the great granddaughter of Emmeline Pankhurst, stands next to a statue of Emmeline, by sculptor Hazel Reeves following its unveiling in St Peter's Square in Manchester on 10th December 2018.

The 10th December election of 1918 saw 8.5 million women eligible to vote and 17 female candidates stand for election, although only one was elected- and she never went to Parliament. link

The November talk was the story of a statue. Not just any statue but the statue of Emmeline Pankhurst, the iconic figure symbolising the fight for universal suffrage. And how fitting that she should be commemorated in Manchester, the city of her birth. Andrew Simcock took us through the various stages from conception to completion after introducing himself as a Manchester councillor for Didsbury East. 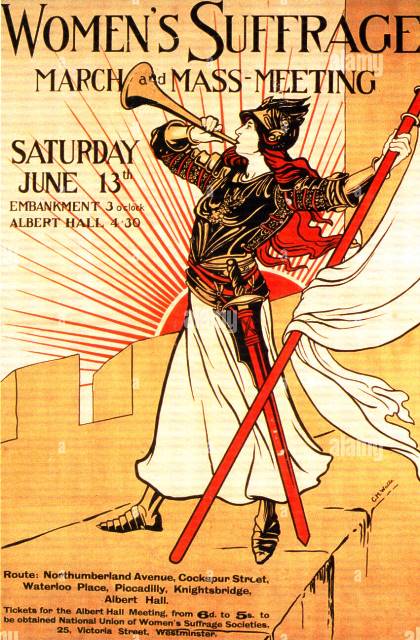 [click on the poster to see a second one]

Manchester was very proud of itself commemorating a pioneering woman exactly 100 years to the day after the first election when women were allowed to vote. However, as Andrew pointed out, of the eighteen statues in the city centre, only one was a woman - and that was Queen Victoria. Indeed two of the surrounding towns, Rochdale and Oldham, had outdone Manchester by commemorating notable women. Rochdale was the first borough in Greater Manchester to unveil the statue of a woman, in this case Gracie Fields, in 2016. Oldham followed with a statue of the suffragette, Annie Kenny, which was unveiled on the same day as Emmeline Pankhurst but slightly earlier.

It seems wrong that only one woman of the twenty that were put forward has been chosen. Andrew listed them all briefly but they deserve more recognition. Some are well-known but others, equally deserving, are little more than names. How many of these do you know?

2 Victoria Baths were also included in the outing above, in March 2015 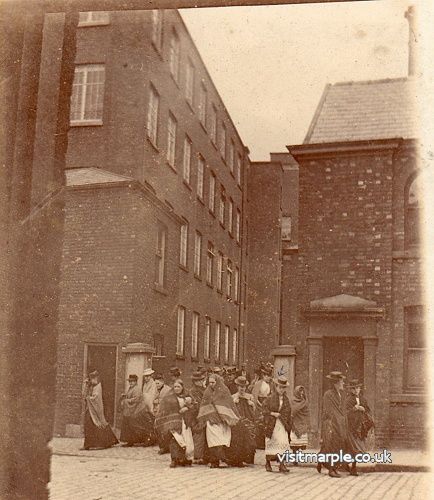 Andrew wound up his talk by describing his current venture,being involved with others, in an effort to erect a statue for Emily Williamson, the co-founder of the RSPB. However, Hilary Atkinson, in thanking him for his talk, conjectured on the erection of a statue closer to our hearts - of the mill girls leaving Hollins Mill, based on the iconic photograph above, drawn from our archive. However, if a statue of one woman costs £165,000 what would a statue of a group of women cost? Would the sculptor give a discount for quantity?

The unveiling of the Pankhurst Statue Ceremony video here

And the launch video for the Emily Williamson statue campaign is here:

And a lot more on the campaign here: www.emilywilliamsonstatue.com

(click on an image to view a larger version)

Margaret Downes was martyred at the Peterloo Massacre. Not much else is known about her.

Women in particular had been targeted by the the yeomanry, at Peterloo. Although women made up only 12% of the crowd, they were nearly 26% of the 654 recorded casualties, and many had been hit by weapons rather than being trampled or crushed in the melee. Four women died of a result of their injuries, including Sarah Jones and Margaret Downes, who were bludgeoned and stabbed to death, and Martha Partington, who died from being thrown into an open cellar, and Mary Heys, who died giving birth to her seventh child after her assault caused a premature labor. The youngest known victim was 2 year old William Fields, who was knocked out his mother’s arms by a yeomen’s horse. 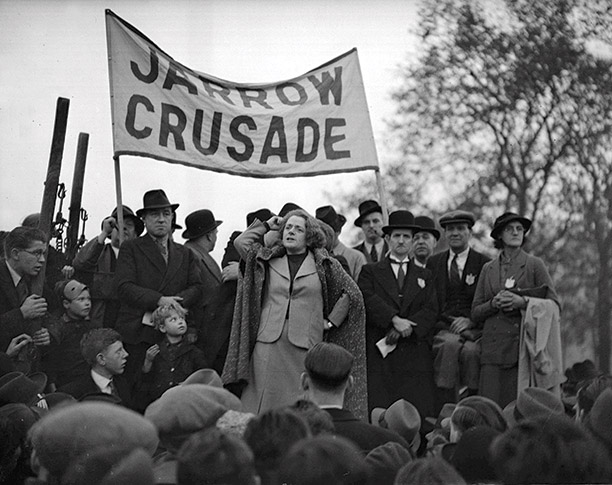 Annie Kenney (1879-1953) came from a working class family of twelve children. She worked in a cotton mill full-time from the age of 13. She was self-educated and involved in improving workers’ rights. Annie joined the WSPU in 1905 to become its deputy by 1912. She was force fed many times and campaigned tirelessly for women’s right to vote.

Christabel Pankhurst (1880 –1958) daughter of Emmeline Pankhurst and sister to Silvia. She was one of the founders of the Women’s Social and Political Union. This movement campaigned for votes for women and its supporters were called suffragettes. 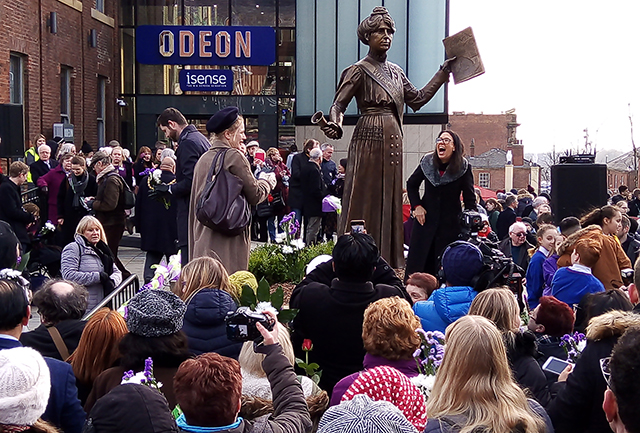 After years of peaceful campaigning resulted in little change, Suffragettes moved on to direct action. Women chained themselves to railings, smashed windows and committed arson.

Prisons became full of Suffragettes who continued their acts of civil disobedience behind bars by refusing to eat. These hunger strikers were met with a brutal regime of force feeding which left many with chronic injuries.

Here, Suffragettes describe the process in their own words.

The story of the arrest:

On 21 May 1914, Emmeline Pankhurst, out of prison on licence, led a deputation of 200 women to Buckingham Palace. Watched by large crowds, they were met by 2000 police officers, some of whom were mounted. Amid violent scenes, over sixty people were arrested. A version of this photograph, which shows a frail Emmeline Pankhurst struggling in the arms of a police officer named Inspector Rolfe (1863-1914), was widely reproduced. Pankhurst was immediately returned to Holloway Prison. Outraged at their brutal treatment that day, Suffragettes enacted reprisal attacks which included the smashing of a glass case in the British Museum

Information on the sleepover in 1911 at 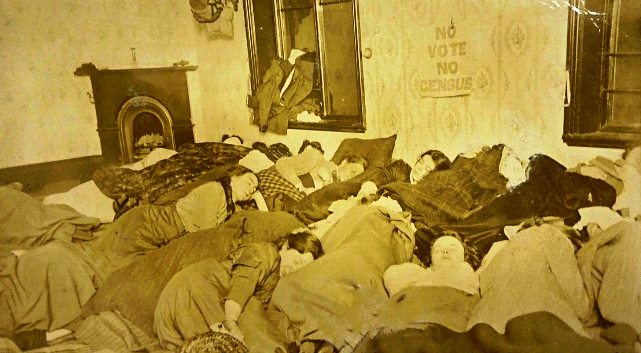 The World in 100 Objects - Suffragette-defaced penny