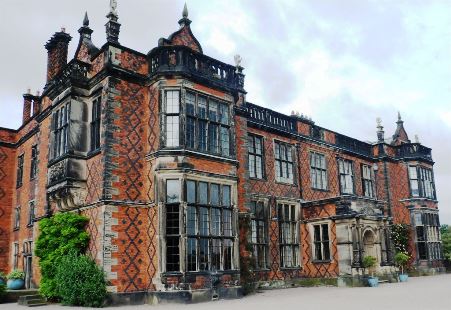 Rowland Egerton- Warburton was an archetypal Cheshire landowner, though richer than most. He inherited estates from both his father and his mother’s side – hence the do 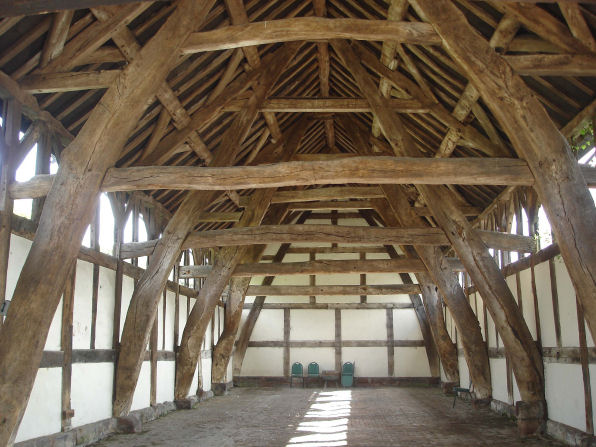 uble-barrelled surname - and assumed control of them when he reached his majority and developed them over the next 66 years. He first decided to rebuild Arley House in the Jacobethan style – a term invented by John Betjeman to describe houses built in this period, which took inspiration from the English Renaissance as well as Elizabethan and Jacobean styles. Built between 1832 and 1845, it contains elaborate plaster ceilings and oak panelling, handsome furniture and beautiful stained glass panels in the library windows and is filled with beautiful objects collected by Egerton-Warburton and his wife Mary and their descendants. Very much a family home, it has a most welcoming atmosphere and contains many examples of their own artistic creativity such as paintings and embroidery.

Members took the opportunity to return to the Tudor Barn restaurant for lunch and this was the one slight disappointment of the day. Due to a problem with the till system not relaying orders to the kitchen, some members waited almost an hour for their food. However, staff did listen to our complaints and took appropriate action. 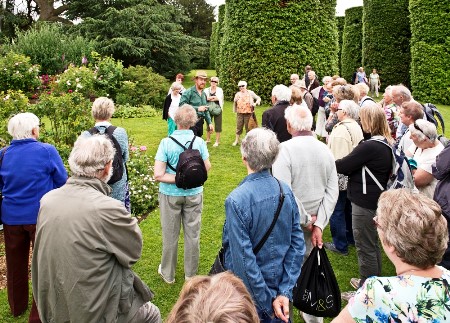 The real treat was reserved for the afternoon. The gardens have a well-deserved reputation throughout the north of England and they did not disappoint. At 2.00pm we met Gordon Bailie, the Head Gardener, (above) for an entertaining and informative walk around the gardens. These have been created over the last 250 years by successive generations of the family but most of the design is attributable to Rowland and his wife Mary. The garden is famous for the herbaceous border, which is probably the first such border planted in England. Complementing the border are two other dramatic features, the 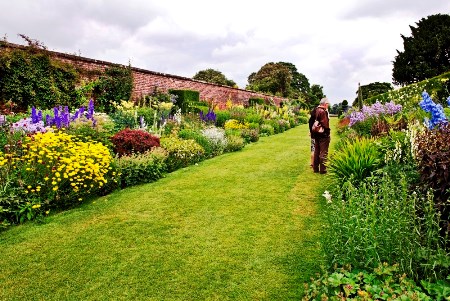 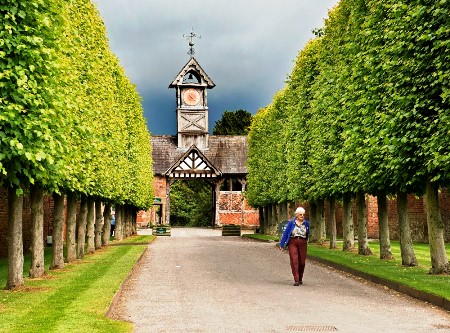 unique Quercus Ilex Columns, (huge drum-shaped holly oak cylinders) which would have taken days to trim to shape and the Pleached Lime Avenue of trees with their interlaced branches giving a dramatic vista that must have taken years of patient work. Perhaps the most poignant feature was the Furlong Walk, which was constructed from the terrace of the hall and fixed with a wire to guide Rowland when his eyesight began to fail. Our visit at t 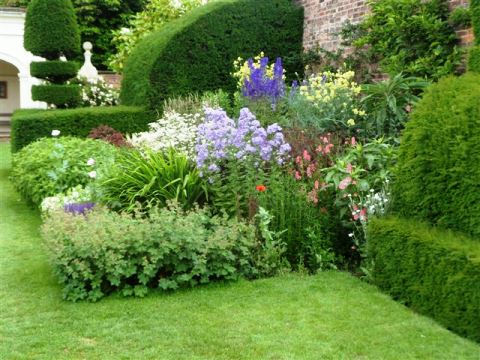 his time of year saw the gardens at their best and ensured that we had a most pleasant afternoon.

We then had some time to ourselves to revisit the areas of the garden we most enjoyed before returning to the coach via the garden centre where numerous purchases were made.

As the coach left Arley for our journey home, the heavens opened but this did not spoil, in any way, a most successful outing.