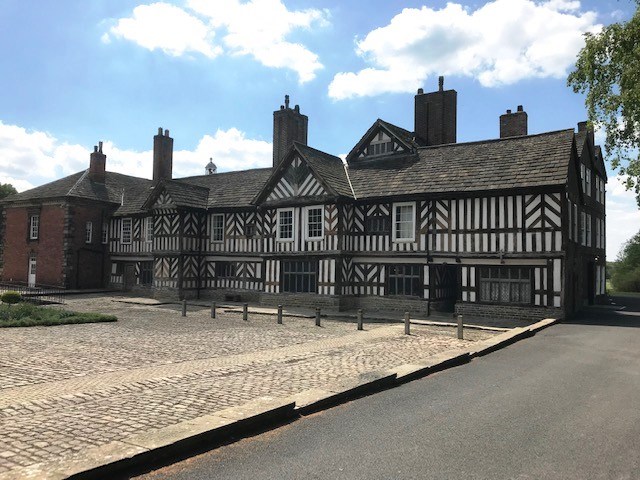 Adlington Hall, set deep in the Cheshire countryside, is a unique record of design over the centuries. Despite passing its entrance many times in my youth, I had never been to see it. This was a chance that could not be missed. The day dawned and the weather was perfect. 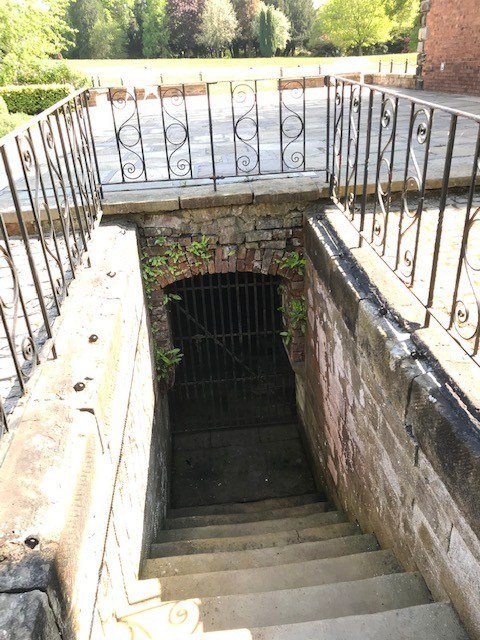 was, ‘what a wonderful Tudor house’. This was the east side of the house, the outside of which has been extensively renovated so it looks pristine. Green oak has been used to replace damaged wood and wattle and daub used for the infill. Interestingly the wood was grey, its natural colour. In the past it was apparently coated in linseed oil which developed a fungal growth which gave a black appearance and the Victorians perpetuated this by using paint!

Another surprise, as we walked around to the south side where the main entrance was situated, was the grand Georgian façade. This conveniently named the family members responsible – Charles and Hester Legh 1757. Incidentally, Charles amongst many other works also built a brew house. This supplied the small beer to The Legh Arms on the Macclesfield road and the barrels were rolled along the tunnel connecting the two buildings! The picture shows the entrance to the tunnel.(left)

Sadly, much of Charles’ creation at Adlington was demolished in 1928. So we have lost two projecting bays on the south side as well as the west side of the courtyard. Enough building was left to keep the square footprint that we see today, along with the courtyard.

In the courtyard a plaque informed us that the house had been used as a maternity hospital during WW2. Apart from that period and a time when the parliamentarians seized it, the house has been in the Legh family for about 700 years. It must be said that were it not for the downsizing in 1929, the family would not by now be still owning and living in this wonderful house. 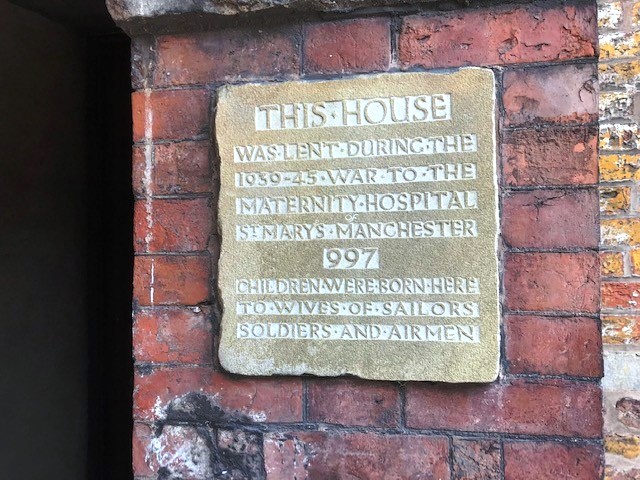 There are many rooms, paintings, furniture and ornaments to admire. A bit of an eclectic mix in fact, as old and new jostle with each other. Perhaps the most outstanding room is the Great Hall which was completed in 1505. It incorporates two carved oak trees, remains of the original hunting lodge. Our first sight of the hall was from a gallery high up. This allowed an appreciation of the height of the hall as well as 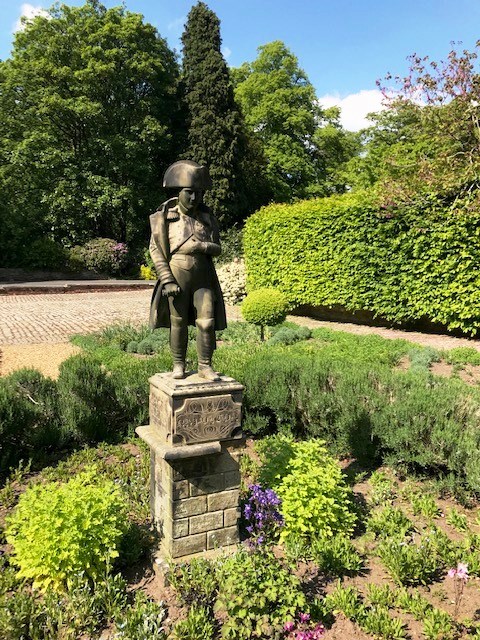 a good view of the ceiling decoration of shields. The huge murals on the walls are wonderfully bright. Probably in no small part because they were plastered over (possibly in the Civil War) and only discovered in 1859 when the plaster was damaged by a shuttlecock! The 17th century organ, which had been played on by Handel, is probably the most important surviving instrument and in its original, beautiful condition. It is regularly played even today.

After our sumptuous scone with clotted cream and jam, a walk in the gardens was a must. However, a visit into the maze was a step too far even to find the unicorn! The laburnum arch was perfectly in flower while the water garden and rose garden were not to be missed. I was tickled by the small statue of Napoleon.

All in all, a wonderful visit.

Many thanks to Judith Wilshaw for organising this visit.