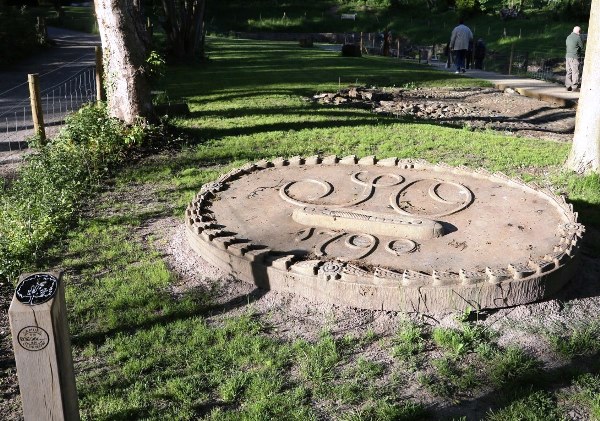 2019 is our fourth season of Summer Evening Strolls, and the 41 people who turned up on Monday 20th May for the first of this year’s evenings showed that this Society initiative has lost none of its popularity with members and visitors alike.

We were down at Mellor Mill to explore the excavations of the mill footprint and Oldknow’s mansion, Mellor Lodge, now fully revealed following landscaping of the site as the culmination of the Heritage Lottery funded ‘Revealing Oldknow’s Legacy’ project. 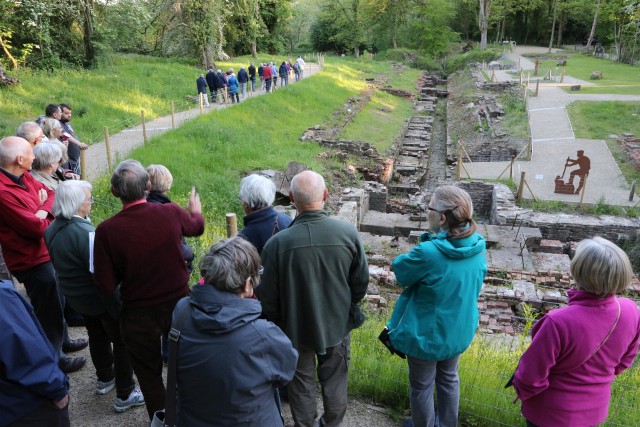 The long and narrow 1792 Mellor Mill

Bob Humphrey Taylor (Chairman of Mellor Archaeological Trust and site manager) and Judith Wilshaw (site volunteer) were on hand to take people round the site and point out significant features, while John Glithero (industrial archaeologist extraordinaire) explained the power systems of the mill, aided by his wonderful animated Meccano model.

Landscaping has opened out the site and provided a well-graded path around the periphery of the mill, ideal for a gentle stroll, with plenty of seats to take a breather as and when, and to admire the remains from every angle, and the Sunday Guides (who meet and talk to the public every Sunday) have found a step change in numbers of visitors keen to know what has been revealed. Our party split into two groups, one for each guide, to view all the significant features of the mill site, and Mellor Lodge, but going in opposite directions. We included the new replica headstone, the wheel pit from the edge of the headrace and the viewing platform above the tail race, the cobbles of the day s 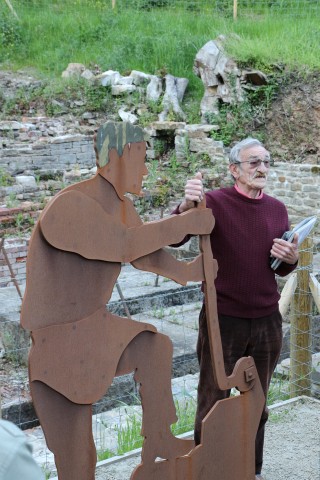 table, the long transmission duct in the very base of the mill, connecting power from the steam engine with that from the waterwheel, and via vertical shafts taking it to the spinning machinery on the six floors of the mill. The view along the length of the building shows how narrow it was, governed by the need to make maximum use of natural light when the mill was built in the 1790s, and the long, slim spinning machines of the time.

Another aspect of the project is the ‘rubbing tiles’ designed by local school children, and spread about the three sites and connecting paths, the idea being to put paper on top of the tiles and shade with a crayon to get an impression , much like a small brass rubbing. Pictures of all these were on display with a location map, and paper and crayons were available for those who wanted to have a go. Very little has been said about these delightful images, and it is hoped that this kind of publicity will raise awareness so that more people will enjoy them .

The evening raised £123 and this was donated to Mellor Archaeological Trust to be used for the maintenance of the Mellor Mill site, for which MAT has responsibility for the next 25 years.

There are two more strolls this summer: Compstall on 17th June, meeting at St Paul’s Church car park, and Disley, on 15th July, meeting at the station car park, both starting at 7pm, £3 per head, and open to all who want to come. Further details on the MLHS website. See you there.