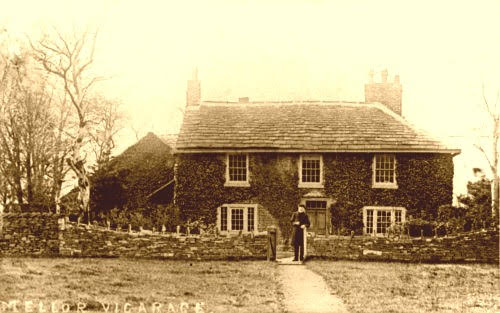 Three aspects of this talk drew in our regular members as well as fourteen visitors – it was an intriguing title, this was local history and the speaker was Ann Hearle. We weren’t disappointed.
Ann set the scene by taking us back through the ages to the time when there was no church or house (vicarage or not). In 1995, because of her keen eye, Ann noticed brown patches and a green line in the adjoining field which turned out to indicate a long-gone 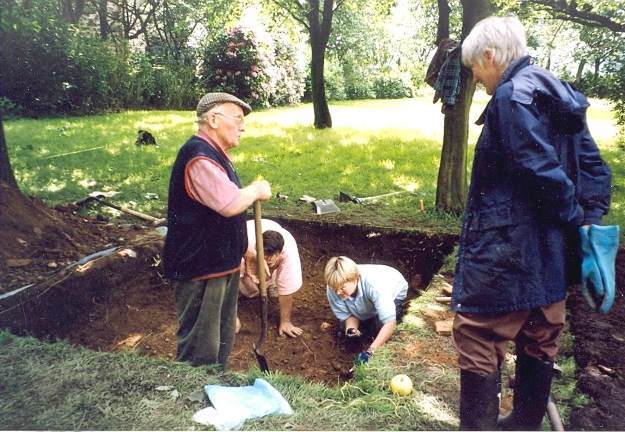 ditch of about 500 BC. Excavations over the years uncovered evidence of life from Neolithic to medieval times. (left, first trench in 1998) In the garden,was the site of a 12th century medieval manorial hall, probably pulled down in the 15th century.

It is no wonder people chose to live here, keeping the enemy at bay as always. Eventually there was a church and whereas it might be thought to need a vicar, instead there was a perpetual curate. Apparently the parish wasn’t big enough then to support a more expensive vicar. Without a vicar there can be no vicarage!
The first reference to the house was a description of it as an alehouse in 1571. Ann tells us that some beams inside the house have been dated 1512 although it must be remembered that these could already have been second-hand. In 1680 an inventory of the house of a Gilbert Radcliffe (of the alehouse) revealed many rooms, two pigs and five barrels of beer. He wasn’t gentry but had many meetings with dealers. The position of the house there would have been ideal as it is at a crossroads and the route would have been quite busy, e.g. with pack horse travellers.

Matthew Olerenshaw became the curate in 1782 – 42 years in the job! He purchased the house through his wife’s dowry. By 1784 in 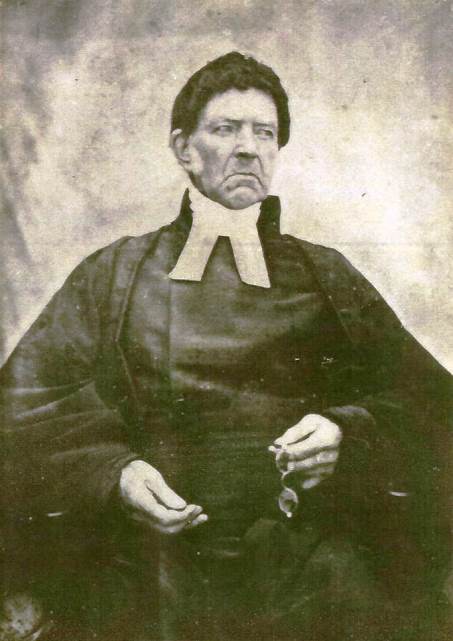 Mellor some agricultural life had given way to mill life as cotton mills had arrived. Matthew Freeman, (left) Olerenshaw’s son-in-law, became curate in 1823, for 36 years. He had one child, Thomas, who named the house, “Mellor House”. Thomas was the next curate for 47 years. His wife, Jemima, died in 1897 and he married Ada Ann Bradbury in 1900. He was then 70 and she only 38. Ann showed us a photo outside the house in which Thomas’s second wife’s image has been obliterated, presumably by his first wife’s family. 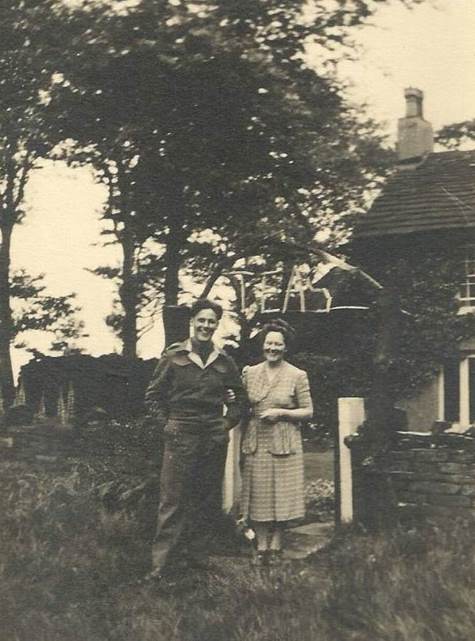 In 1910 the house was bought by G B Chell, a Manchester businessman. After the Great War he moved to Buxton and hoped to convert the house to be a children’s hospital but instead became a Stockport Health Authority home for children in 1926,27 and 28. It is said that the children were not very kindly treated. During WW2 the Eccles family moved in and had a smallholding. In 1943 Mr Chell sold the house to A S Knussan for £810. During the war weapons and ammunition had been hidden in the well to supply the People’s Army in the event of an invasion. These were eventually removed but Ann has been given permission to keep an American tommy gun which will provide ammunition for her story! Ann showed us a photograph when the house was advertising TEAS. Mrs Knussan had become Mrs Roberts so maybe was supplementing her income. (above, Mrs. Roberts and son Eric Knussen)

In 1967 John and Joy Hearle moved in with their family and made many structural alterations. Ann has now lived in “The Vicarage” for 31 years.
Thank you Ann for such an informative talk. If only your house could speak!!