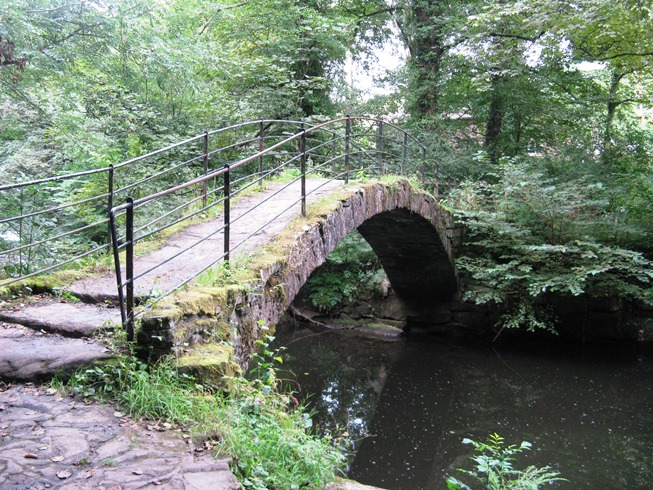 'Roman Bridge’ so named for 19th century commercial purposes, was built in the 18th century, rejoicing for many years in the name Windy Bottom Bridge.

Our ancestors moved about the area on routes which formed the basis of our modern footpaths. Then along came the Romans and laid out a network of such well-engineered roads that they lasted with little maintenance for the next thousand years plus. By the 17th Century repairs really were needed and the Turnpike System went some way to effecting the necessary improvements. But the required tolls were unpopular and did not bring in enough revenue to keep the roads in good repair, so gradually highway authorities were established, leading to our modern road system. Judith Wilshaw's January talk will explore the evidence extant locally of every phase of the development.