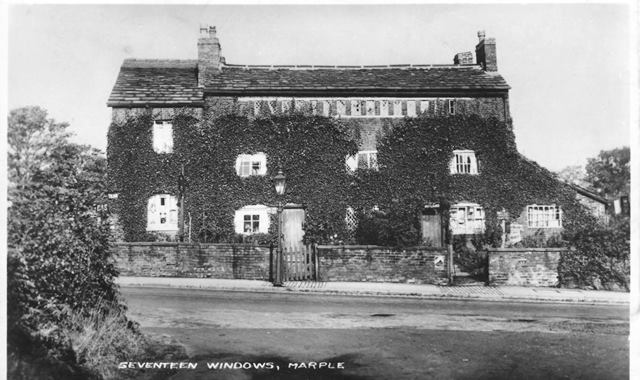 Although officially in Offerton, many people consider this house to be the gateway to Marple. Cottage industries in the area were widespread and in the 19th century hand-loom silk weavers worked in the attic. Working there was made more practical by the light from the seventeen tiny windows. A fire in 1944 gutted most of the building, leaving it as you see it today. 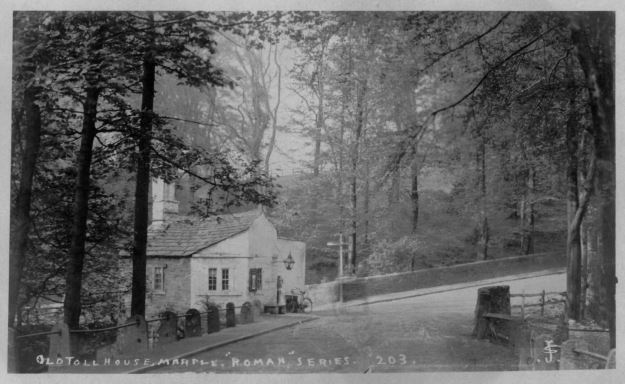 The house stood on the corner of Dooley Lane and Dan Bank, on the road from Stockport to New Mills. Samuel Oldknow made improvements to the road in 1790 and it was turnpiked in 1792. It was demolished in the mid 1920s when the road was widened. This image was taken around 1900. 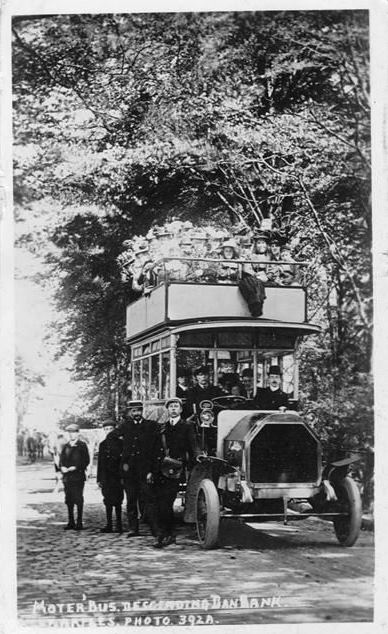 Posted at 9pm on the 15th August 1909 to Miss Maria Richardson of Burnley. Wally tells her that he’s too busy to visit. He will write again on Saturday but tells Maria to bring 50/- instead of 30/- the next time they meet!

It’s a little crowded on the top deck and notice the cobblestones which are probably still under the tarmac that replaced them. The gentleman in the straw boater is Francis Joseph Clayton, the owner of the bus. Born in Strines in 1855, he was in business for many years as a drysalter – dealer in chemical goods including dyes, varnishes and glues. By 1908, he had changed career and was the proprietor of a motorbus company. 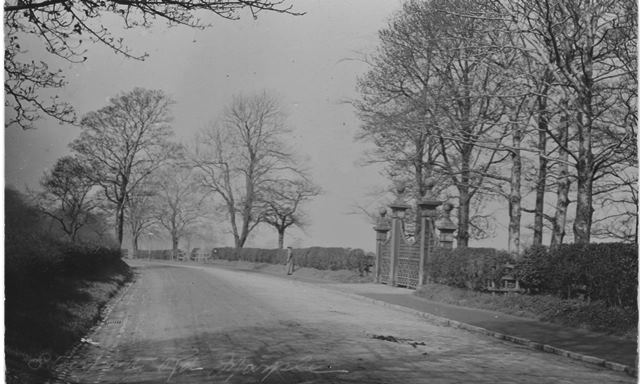 This photo (looking down Stockport Road toward Dan Bank) was taken before the ribbon development of Stockport Road in the 1930s. Until the early 20th century, there were no houses between Dan Bank and Bowden Lane. At that time, the Marple Hall estate covered 520 acres; the Bradshaw-Isherwoods started to sell off land as their income decreased and, after the death of squire Henry in 1920, the hall was rarely occupied. Only the name, Marple Hall Drive, gives a clue to where these gates stood. 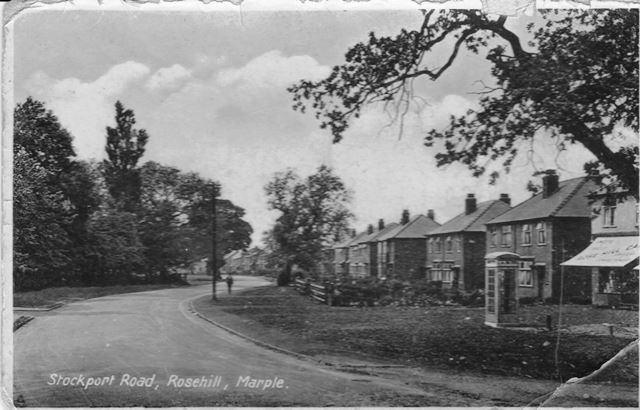 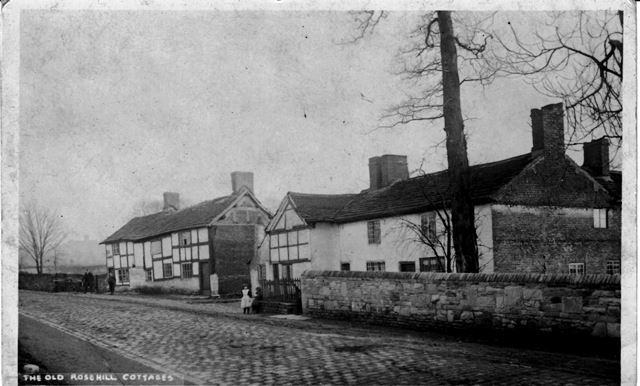 These half-timbered cottages stood on Stockport Road, on the same side as Rose Hill station, near to where ‘The Drive’ is today. They were part of the Rose Hill House estate. Silk hand-loom weavers lived in them for many years and in 1851 there were eleven weavers there. For many years Rose Hill House was owned by Edward Waine and subsequently, his widow Alice, nèe Sidebotham. Both were members of long established Marple families. In 1875 Rose Hill House and the estate became the property of Samuel Hodgkinson who together with the Carver family, owned Hollins Mill in the centre of the village.

Next month – from Norbury Smithy to Posset Bridge.

Another view of the Toll House

When you could linger at thge junction !

The Main Gates to Marple Hall on Stockport Road.

Rose Hill Cottages that once stood on Stockport Road